Xenonauts features a small selection of characters, mainly base personnel that assist the player in their day to day operations. As the game progresses most character's physical appearances change as new equipment is researched and created.

As the game advances and new technologies are researched, the characters, and their environments, will change appearances as they gain access to more advanced equipment. 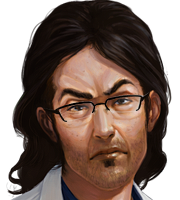 The Chief Scientist is in charge of the Xenonauts research team. He directs the research teams efforts and personally advises the commander on new breakthroughs while adding in his own personal opinion. He is likely British or at least from a English speaking nation.

The Chief Scientist is the most fleshed out character in the game, as he personally writes up every Xenopedia report that is presented to the commander, thus this presents him the opportunity to better interact with the Commander.

He holds a disdainful view of the engineering department, viewing them as nothing more than baboons. Though he is impressed whenever the engineers come up with unique concepts (such as rapid fire laser weaponry).

FICTION: His name could be Dr. Snidely. 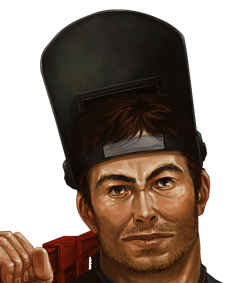 The Chief Engineer oversees all of the Xenonauts manufacturing and development. He's in charge of making the Chief Scientist's research a reality.

He has minimal dialog with the commander. He is from the Soviet Union, or at least the Eastern Bloc. He speaks very little English and speaks quickly and to the point, with the proclamation when inquired into hiring more engineers being 'more hands, more speed'. 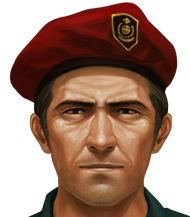 The Colonel oversee's all of the Xenonauts Soldiers. He is likley either American or British. He exhibits stereotypical soldier attitudes. His left arm is missing, however is eventually replaced with a robotic arm as the game progresses.

While his rank is never stated in game, the badge located on his arm and beret look very similar to the soldier rank of a Colonel or a Commander. Since there is already one Commander a rank of Colonel seems more fitting.

Responsible for managing the logistical part of the Xenonauts, the Quartermaster is a man of few words. He reminds the commander that all basic equipment management is taken care of, and helps the commander in transferring equipment from bases.

Out of all the characters, the Quartermaster is the only one that does not change appearance as the game progresses, however his desk and work area do.