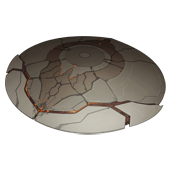 The Dreadnought is the alien mothership their central base of operations and houses the High Praetor. It will never willingly enter Earth's atmosphere nor can it be engaged by Xenonaut's air force, it will only approach Earth itself if its hand is forced, such as the activation of the hyperspace disruptor.

You will only be able to explore a single deck of the Dreadnought, the command level. The layout is a simple straight corridor with two divergent power generator rooms near the entrance, the ships commander, the High Preator, will be situated at the rear end.

Layout of the bridge 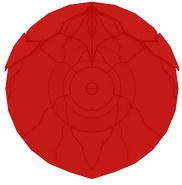 Air combat image
Add a photo to this gallery
Retrieved from "https://xenonauts.fandom.com/wiki/Dreadnought?oldid=6882"
Community content is available under CC-BY-SA unless otherwise noted.