Soviet Union soldiers, and people living in the middle east, will employ the usage of Soviet weapons instead of NATO/American weapons. While these weapons look unique they perform identically to their NATO counterparts game play wise.

Only the AK47 appears in game, all other weapons are not featured in game, but are found in the games mod files and can be modded in to replace the NATO weapons. 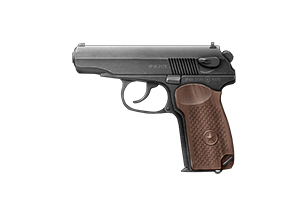 Standard issue assault rifle for the Soviet Union. Remains the most popular assault rifle in the world due to a combination of its reliability and low manufacture cost.

General purpose machine gun used by the Soviet Union. Introduced in the 1960's, it remains in popular usage even to today.

Semi-automatic sniper rifle, developed in the 1960's, it became a popular weapon in many warsaw pact nations.

Portable anti-tank launcher, due to its reliability and low cost, the RPG-7 is the most widely used anti-tank weapon in the world.