Xenonauts is a turn-based single-player strategy game developed and published by Goldhawk Interactive. It was released on June 17, 2014 on Steam and GoG. It is similar to the original X-Com game. Players control a multi-national military organisation defending a Cold War-era Earth from alien invasion, using small squads of persistent soldiers to eliminate the extraterrestrials and recover their technology in turn-based ground combat.

The history of the Xenonauts organization is shrouded in mystery. What is known is that they were the first agency to successfully shoot down a UFO in the opening month of the initial Alien appearance. This gave them significant leverage over the major world powers, who agreed to provide funding and equipment in exchange for the Xenonauts' assistance in combating the Alien threat.

Add a photo to this gallery 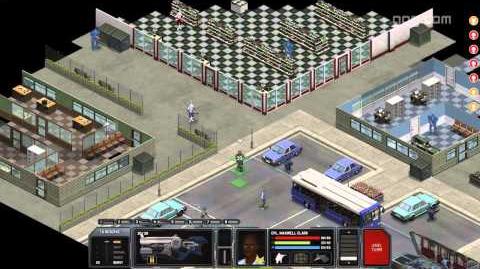 Xenonauts trailer
Add a photo to this gallery

Retrieved from "https://xenonauts.fandom.com/wiki/Xenonauts?oldid=8129"
Community content is available under CC-BY-SA unless otherwise noted.